NEWARK, Ohio – Doug and Julie Sharp have turned their talent in education and business into a thriving foundation that helps autistic high school students and young adults transition into the workplace. Their selfless effort has prepared dozens of young people for a more independent life, and The Park National Bank (Park) has honored them as the 2017 Johnstown Community Difference Maker.

The award was presented during a celebration breakfast today at Park’s Johnstown office, where Sharon Johnson, with the winning raffle ticket, nominated another Johnstown organization – Caring Ministries at Johnstown United Methodist Church – to receive $200 from Park.

The Sharps’ oldest of two sons has autism and juvenile diabetes. In 2014 they created the Lettuce Work Foundation Inc. (lettucework.org), a commercial greenhouse that grows a salad blend sold in more than 20 Kroger, Giant Eagle and independent grocery stores in central Ohio and to area schools and restaurants. Students learn workplace behaviors and communication and social skills daily with the help of teachers, job coaches and their peers.

The Sharps, who reside in Johnstown, invested their own money to purchase the Fancher Road property and build the greenhouse, and they put in countless hours developing the foundation’s programs. The couple recently secured $500,000 in grants from the state of Ohio, The Columbus Foundation, Autism Speaks and the Ingram-White Castle Foundation. Lettuce Work will use the money to purchase state-of-the-art LED lighting to begin growing annuals and open an on-site retail market. That will expand the workplace learning opportunities and open the work-study program to more students.

Julie’s mom Shirley Hendren nominated the Sharps for the award, which is given annually to individuals who are deeply involved in the community. In her nomination, she wrote, “Thanks to their efforts, students with autism are receiving job training and valuable work experience every day, making a difference in their lives and in our community.” The Lettuce Work Foundation will receive $500 as part of Park National’s Difference Maker award.

Brian Elder, vice president at Park National Bank, said the Sharps are well-deserving. “It is truly apparent that giving back is part of Doug and Julie’s DNA. They’re not just giving these young people a future, they’re strengthening the community and showing the life-changing power of good intentions. I’m humbled and inspired to honor their great work and selflessness.”

Park sought nominations from community members to identify the neighbors who go the extra mile to make a positive difference in other’s lives and in Johnstown. Past winners include Debra Hayes, Don Jakeway and Larry Hughes. 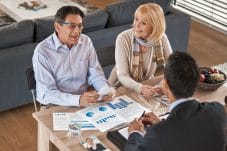 If you’re unfamiliar with the investment world, it can be daunting to jump in. The… 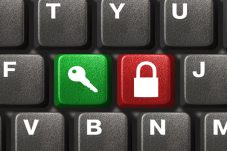 Strength in numbers: how a longer password deters hackers

Hackers are sophisticated at breaking passwords, so it’s important to try and stay a step… 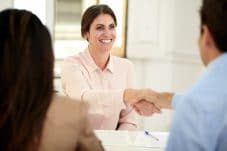 There’s a reason people dislike switching bank accounts. It seems like a big hassle. You…