NEWARK, Ohio — The Park National Bank’s Freedom Years program honored two of its members, Barbara Blatter and Betty Meyer, as 2015 Community Difference Makers. Blatter and Meyer were each recognized for dedicating their time and resources to supporting local organizations like the American Legion, Licking Memorial Hospital, Veterans of Foreign Wars, the YES Club, and the United Way. Park National Bank Vice President and Freedom Years Director Karen Rice presented the award to the winners at the annual Freedom Years advisory board holiday luncheon at the Longaberger Golf Club in Newark.

“Both women are pillars of true selflessness. They work tirelessly to support and coordinate a variety of volunteer initiatives in our community,” Rice said. “Whether it’s planning events for veterans, visiting senior homes with students, writing letters to troops, or volunteering at the YES Club, they certainly set the bar high for volunteerism. That’s why we couldn’t choose just one winner this year. Both women deserve this recognition.”

Blatter’s community support includes effort to help local veterans, as well as visiting community senior homes with students through the United Way. She also organizes initiatives in the Columbus-area, at Nationwide Children’s Hospital and the Ronald McDonald House. The nomination form for Blatter says, “She is influencing and creating the next generation of volunteers. She teaches young people to not only take care of themselves while at school, but she goes beyond that by teaching them how to become great community servants and leaders themselves.”

Having lost her brother during WWII as MIA, Meyer invests much of her time in caring for local veterans, specifically making sure they have warm clothes for the winter. She also actively collects children’s clothes for seven elementary schools in Licking County, and is a 36-year volunteer at Licking Memorial Hospital.

As part of the award, each winner selected a local non-profit organization to receive a $500 donation from The Park National Bank. Blatter chose the Food Pantry Network of Licking County and Meyer chose The Salvation Army.

The Freedom Years department sought nominations from all Freedom Years members to identify members who go the extra mile to make a positive difference in our community.

The Park National Bank is the leading financial institution in Licking County and a top community bank in central Ohio. Founded in 1908, it provides deposit, loan, and trust and investment services for families and businesses. Park consistently earns high marks and awards for its service, community leadership, and financial performance. Park operates 17 full- service offices in Licking and Franklin counties. The Park National Bank is a part of Park National Corporation (NYSE: PRK), also headquartered in Newark, Ohio. 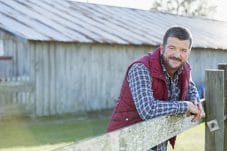 Can’t qualify for a Roth IRA? There’s a back door. 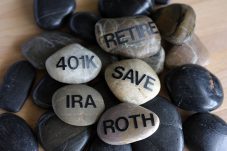 There are many reasons to celebrate a Roth

A Roth savings option can and should be a part of a retirement planning conversation.…

The best ways to build an emergency fund