Flowers’ sister, Darla Cozzens, nominated him for the award, which is given annually to an individual who is deeply involved in the community. In the nomination, Cozzens shared that, in addition to serving as a Licking County Commissioner, Flowers is a building contractor and has built numerous homes in the Licking Valley community. He’s organized countless community initiatives and projects, such as the Hanover Bicentennial Committee, the Killed in Action Memorial at Licking Valley High School, and he started the Red, White, Blue Kaboom celebration. He is a founder and president of the Licking Valley Heritage Society, and a member of the Licking Valley Lions Club and Hanover American Legion.

Park sought nominations from community members to identify the neighbors who go the extra mile to make a positive difference in others’ lives and in Licking Valley.

The Park National Bank is the leading financial institution in Licking County and a top community bank in central Ohio. Founded in 1908, it provides deposit, loan, and trust and investment services for families and businesses. Park consistently earns high marks and awards for its service, community leadership, and financial performance. Park operates 17 fullservice offices in Licking and Franklin counties. The Park National Bank is a part of Park National Corporation (NYSE:PRK), also headquartered in Newark, Ohio

View a pdf of news release. 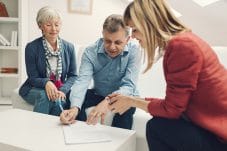 Why a bank makes a great executor for your estate

Once you’ve decided who your worldly possessions should go to, you need to decide who…

For many young adults, college is the first time they control the majority of their… 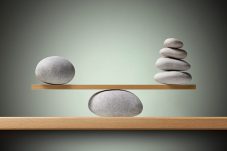