UTICA, Ohio — The Park National Bank (Park) honored John Rodeniser as the 2016 Bill Simmons Community Difference Maker. Rodeniser was described as a dedicated and hard-working man who offers leadership and vision for anything that will make his community and hometown a better place for all generations. He was recognized specifically for his role reviving the community’s Independence Day celebration and fireworks event, as well as his work to build the Wall of Honor in Utica. The award was presented at the bank’s annual community breakfast event, held today at Utica United Methodist Church.

Ron Thompson has known Rodeniser for 44 years and nominated him for the Community Difference Maker award, which is presented annually to an individual who is deeply involved in improving or serving the community.

“Through John’s vision and leadership, the 4th of July celebration was reinstated in the Utica community in 2005. He knew how important it was for the community to celebrate the birth of our nation. So, he personally started work to raise the funds to make that event possible again, and he continues to lead others to help raise funds so that thousands of people can enjoy this family event each year,” Thompson said.

According to Thompson, Rodeniser also played a crucial role to build the Wall of Honor. “It will be a site for the Utica community to honor local veterans and first responders, it will help all generations remember, honor and respect those who served the area and our country,” he said.

As part of the award, Rodeniser could choose an organization to receive a $500 donation from Park National. He chose the Utica Area Foundation. In the community, Rodeniser is involved in the Utica Area Jaycees, Utica Village Council, Sons of the American Legion, Masonic Lodge, Wall of Honor Committee, the Utica community Fourth of July fireworks event, and more.

At today’s event, Cliff Bigler, Anna Flaherty and Glenn Richards represented the Village of Utica and shared information and news, and North Fork Schools Superintendent Scott Hartley gave an update from the district.

The Park National Bank sought nominations from all community members to identify neighbors who go the extra mile to make a positive difference in others’ lives and in the Utica area.

The Park National Bank is the leading financial institution in Licking County and a top community bank in central Ohio. Founded in 1908, it provides deposit, loan, and trust and investment services for families and businesses. Park consistently earns high marks and awards for its service, community leadership, and financial performance. Park operates 16 full-service offices in Licking and Franklin counties. The Park National Bank is a part of Park National Corporation (NYSE: PRK), also headquartered in Newark, Ohio.

When you come into one of our community banks, you’re going to get a smile,… 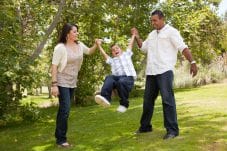 How we manage our investments is one of the most important financial decisions we make.…

Fraud Prevention Tips to Keep Finances Safe During the Holidays

Consumers are estimated to spend more than $700 billion during the holiday season in 2019.…