“Harry was a dear friend, a consummate banker and a tireless community leader. We will miss his judgment, his wit and his insight. Our thoughts and prayers are with Harry’s wife, Linda, and their family,” said David L. Trautman, chief executive officer of Park National Corporation.

Park National Chairman Dan DeLawder said, “In addition to being a true friend to all of us, Harry was one of our key mentors. He taught us so much, for which we will be forever grateful.”

Egger was born September 8, 1938 and graduated from Springfield High School in 1957. He attended Ohio University and Wittenberg University. He earned a degree from the Graduate School of Banking at the University of Wisconsin.

Egger was also passionate about servant leadership and became a prominent community leader during his career, for which he was often recognized. He is a recipient of the Greater Springfield Chamber of Commerce’s Lifetime Community Achievement Award, the Springfield City School District’s Alumni of Distinction Award, and was an honoree on the Clark County Historical Society’s Wall of Remembrance. 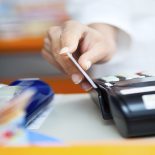 When payment processors come calling, here’s what you should ask 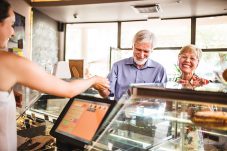 Debit card or mobile wallet? What you value determines your preference.

Is there a right or wrong way to pay? Does it really matter if you…

4 Ways to Keep Your Data Safe

In recognition of National Data Privacy Day, which takes place annually on Jan. 28, we…